Perez is making a 2022 Red Bull deal a no-brainer

“Well, we knew he was good around here, but we didn’t know he was that good!”

That smiling comment from Red Bull Formula 1 boss Christian Horner summed up the sentiment towards Azerbaijan Grand Prix winner Sergio Perez after his first victory for his new team. For the first time since Daniel Ricciardo left, Red Bull could count on its second driver to win in Max Verstappen’s absence.

Perez’s excellent performance in Azerbaijan was the closest thing to a complete weekend he’s put together in 2021 and one that must nudge him, already, close to being all-but-guaranteed to be in the second Red Bull next season.

After a harder-than-expected start to the 2021 season, he has made good on his pre-season prediction that after five races he would feel comfortable in the RB16B and start to produce the right results in the most emphatic way possible.

“It’s very, very sweet,” said Perez. “They have given me a massive opportunity. We didn’t have the start of the season we were hoping for. I found my adaptation harder than expected but we have been working extremely hard since day one with the engineers back at the factory.” 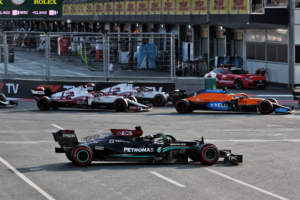 It wasn’t quite perfection in Baku because he did underperform in qualifying, where he had the pace to be on the front row but wound up seventh (and started sixth). But he offset most of that track position damage, almost immediately with a great first lap on which he moved up to fourth by passing Carlos Sainz and Pierre Gasly around the outside of Turns 1 and 3 respectively.

That put Perez immediately in Verstappen’s wheeltracks and he stayed there pretty much until Verstappen crashed because of a blown tyre in the final five laps.

When Verstappen used the overcut to jump Hamilton for the race lead, Perez’s pace was so good that he got ahead of Hamilton as well despite a slow stop of his own. 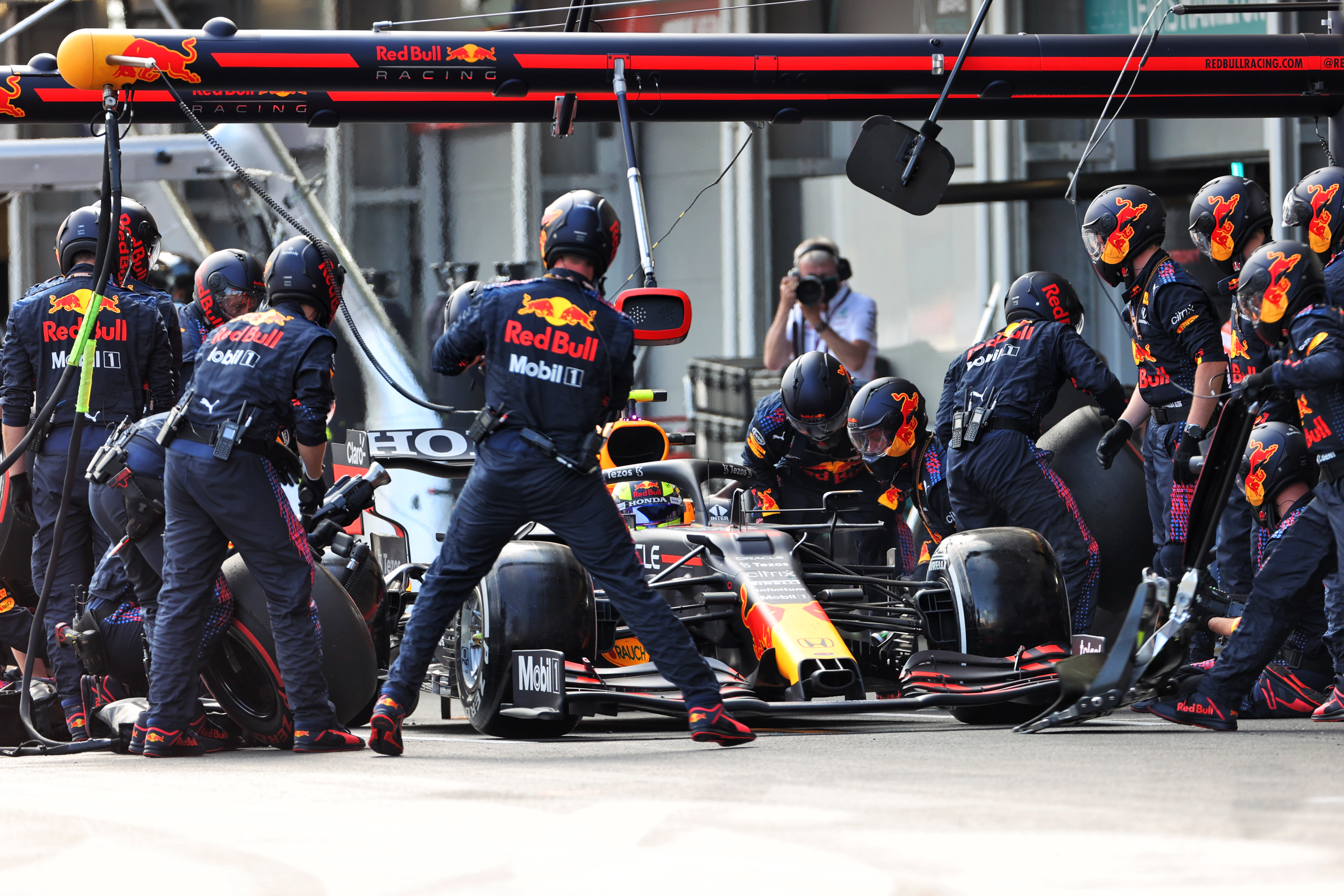 And when Verstappen speared into the wall with just over five laps left, Perez inherited the lead because he’d been able to rebuff every attempt from Hamilton to reclaim second place.

“He’s been quick all weekend, he’s been bang on the pace,” said Horner.

“The one lap he made a mistake was in Q3, and his race pace was phenomenal. Had he not been longer at the first stop he would have been right on top of Max for the overcut at that point as well, such was his pace in clean air.

“Phenomenal for him, and the way he was defending from Lewis and controlling that was a class act.” 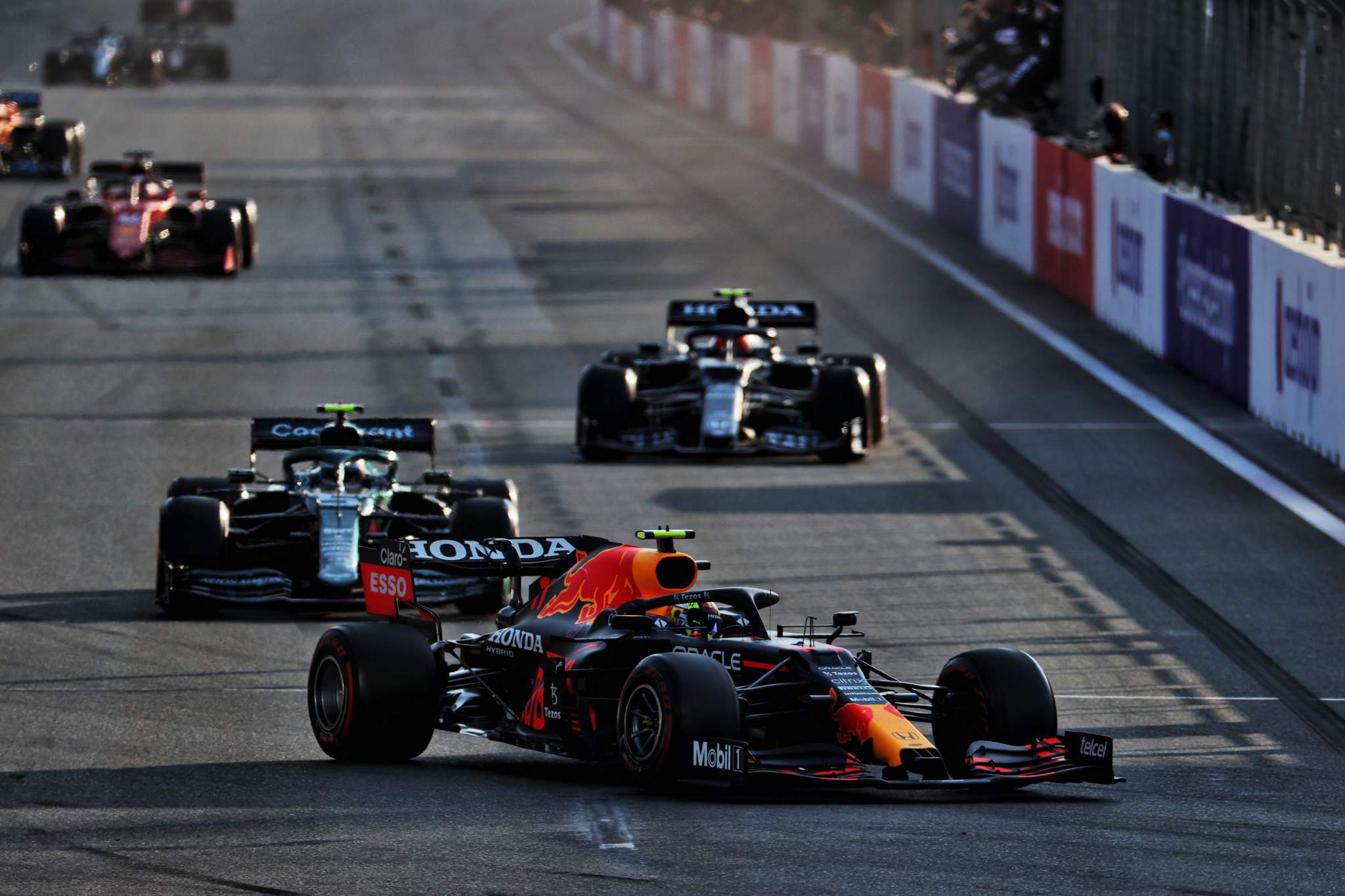 An inherited win is usually grounds for caution rather than getting carried away with its significance but this appraisal of Perez would have been valid had Verstappen made it to the finish.

Even if Verstappen won with Perez second, Perez would still have done a very good job for Red Bull in holding Hamilton back, protecting Verstappen, and securing the one-two finish.

He did more than the bare minimum as a wingman and in doing so offered much more than Pierre Gasly or Alex Albon ever did in the second car, regardless of the inherited final result. And even with that slice of fortune to win, Perez was next in line on merit. 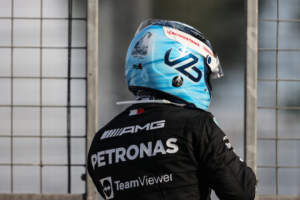 Was Bottas’s Baku nightmare a car problem or a key weakness?
Read more

The first events had not gone quite to plan but at the sixth attempt, Perez vindicated Red Bull’s decision to sign him.

“It’s great to have both cars up there obviously and it’s an added string to our bow on the day that you lose your lead car, that Checo’s right there to deliver the win,” said Horner.

“And that’s exactly what we’ve been looking for.”

Perez also showed why it is a no-brainer to keep him on beyond the one-year deal struck for 2021. 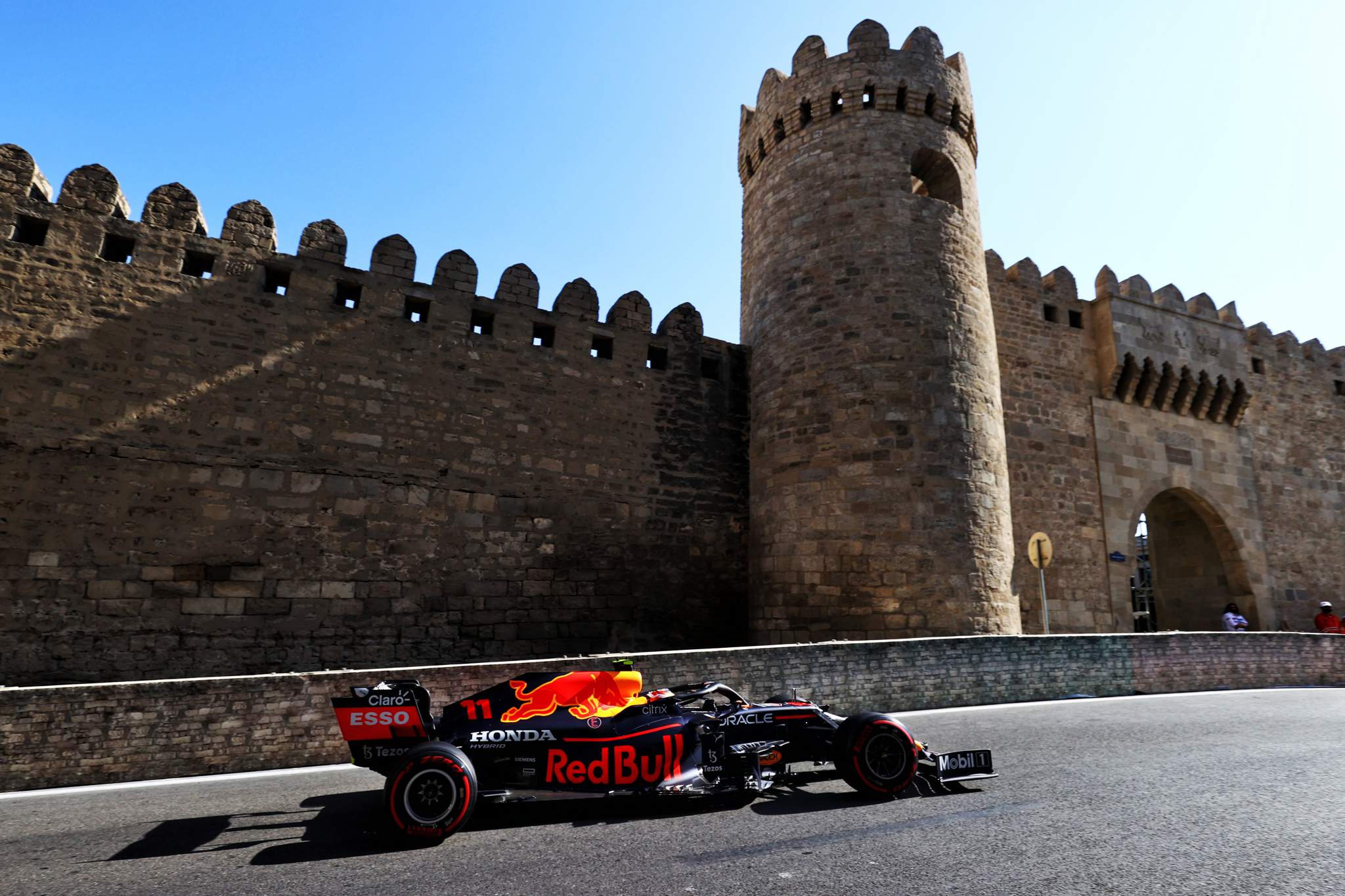 He’s peaked as a Red Bull driver in that he’s won a race, which is his best result so far, but it doesn’t have to be downhill from here. He will only get better. And to be at this point so early in the process is why Horner says he is “ahead of expectation”.

With a greater achievement already than anything his immediate predecessors managed, with room still to improve, Perez must be close to sealing a new deal.

Especially as it is underpinned with an attitude and work ethic that has greatly impressed the team, particularly his acceptance that the early-season limitations were on his side, and his awareness that he needed to change his inputs to match the car, rather than chasing it the other way around.

“I’m really happy with the job that Checo’s doing,” Horner said when asked by The Race when Perez would be given a new deal. “We’re on race six out of 23. We’ve got plenty of time, he’s enjoying being in the team, he’s doing a great job and he just needs to keep doing what he’s doing.” 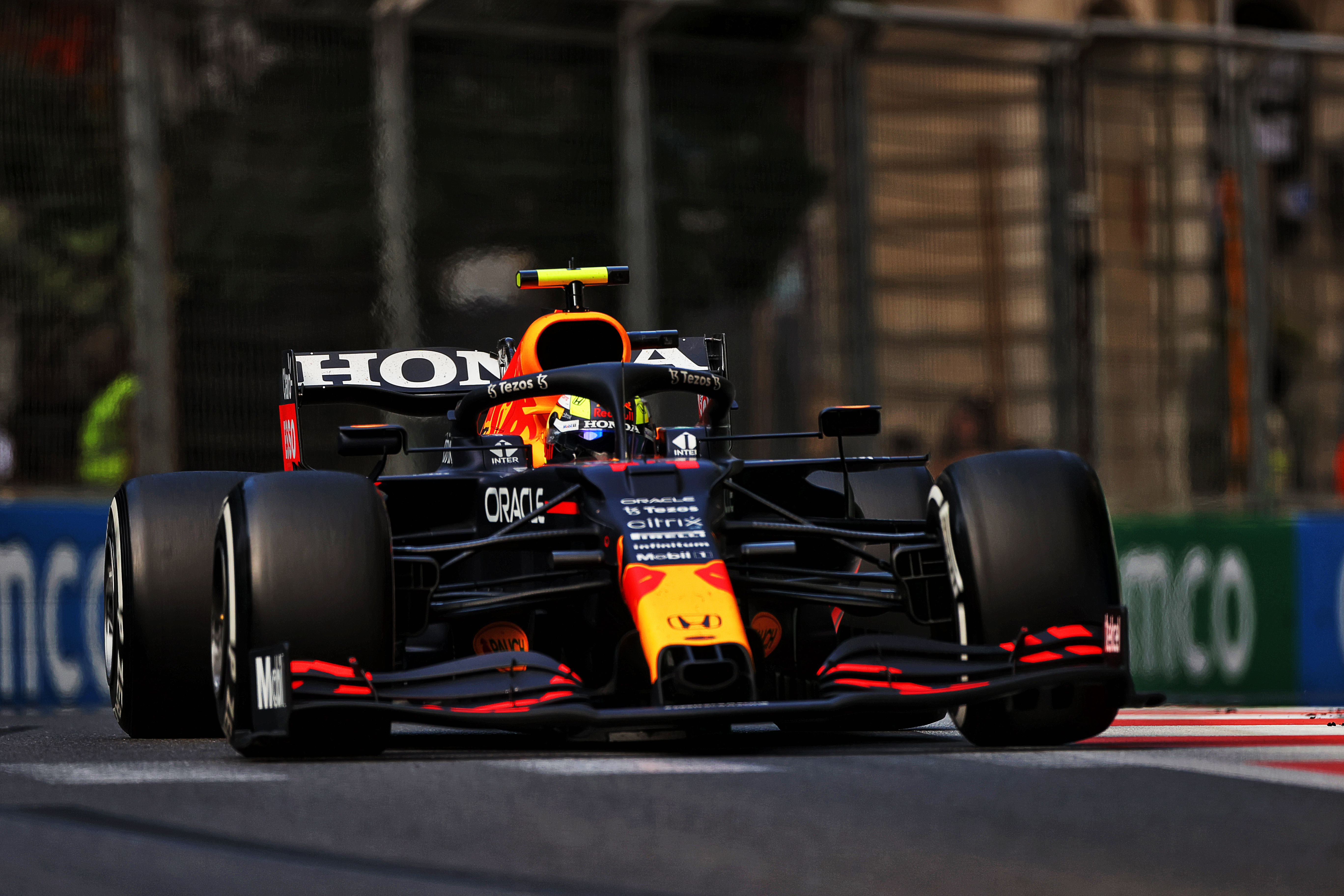 It means Red Bull has not been completely convinced by Perez and that’s understandable. Red Bull is not in a rush to decide so it can take more time to be absolutely sure. After all, Perez was not the support act to Verstappen that Red Bull needed in the first five events.

But he has chipped away at that and now he needs to follow Baku up with more strong performances.

That seems perfectly realistic. From the very first race, his race pace has been strong, but Baku was the first time he had an outright Verstappen-matching performance through the weekend. Staying close to Max in qualifying will be the making of Perez’s season.

“It certainly feels that I’ve made good progress, not just this weekend, also in Monaco,” said Perez. 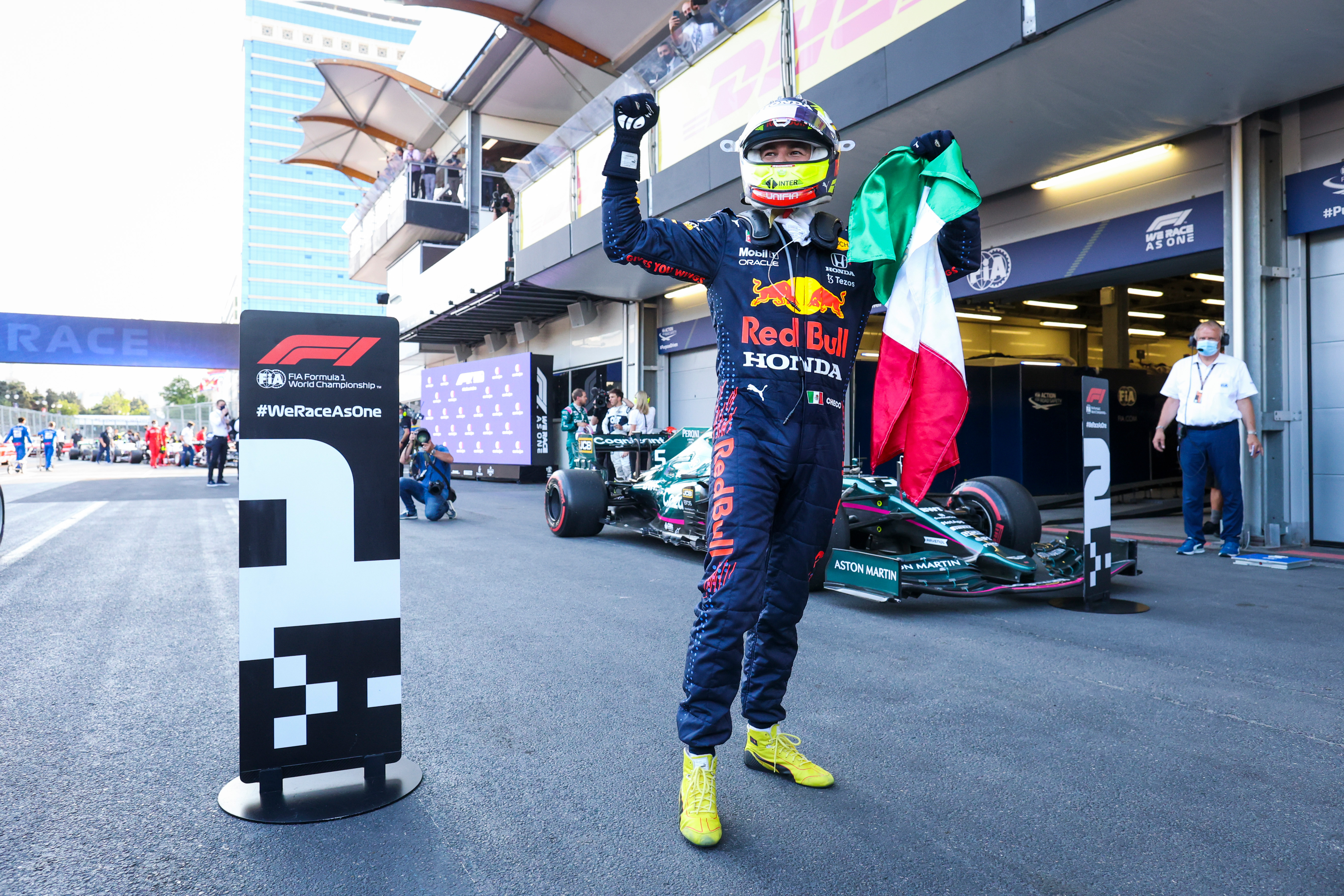 “Every weekend the understanding grows and after each weekend we do a very deep analysis, we do a lot of work back in the factory, to try to figure out what we can do better as a team.

“We are getting there, we are improving and I see no reason why going to a different track we cannot be able to have a similar kind of performance. My confidence is growing, the understanding with the team is getting there.”

Perez has given himself the biggest boost possible with this result, in the short-term and for his future with Red Bull.

He said that with “such a rollercoaster through the season, it’s important to enjoy these moments”. A couple more like this should net him a new contract over the summer break – if not sooner.