FIA race director Michael Masi has stressed that the principle of the outcome of a Formula 1 accident not dictating the penalty received was key to Lewis Hamilton getting a 10-second penalty for his clash with Max Verstappen, who claimed it “doesn’t do justice” to the incident.

Hamilton recovered to win the British Grand Prix despite serving the penalty during his pitstop, overtaking Lando Norris, team-mate Valtteri Bottas (with the help of team orders) and then Ferrari’s Charles Leclerc to win.

But while Hamilton was found to be predominantly to blame for the collision, which resulted in Verstappen suffering a 51g impact and being on the wrong end of a 25-point swing against him in the drivers’ championship, Masi argues that the principle of not judging by outcome means the penalty should not have been harder.

“It has been a mainstay for many, many years – and this came through discussions prior to my time between all of the teams, the FIA and F1, and the team principals were all quite adamant – that you should not consider the consequences in an incident,” said Masi.

“So when they [the stewards] are judging incidents, they judge the incident itself and the merits of the incident, not what happens afterwards as a consequence.

The title rivals come together at Copse, pitching Verstappen into a high-speed crash.

The Dutchman was able to walk away but he has been taken to hospital for precautionary checks#BritishGP 🇬🇧 #F1 pic.twitter.com/ol1s9dRJoa

“And that’s been something that the stewards have done for many years and have been advised to do from the top down.

“So that’s the way that the stewards judge it, because if you start taking consequences into account, there’s so many variables, rather than judging the incident itself on its merits.”

Red Bull team principal Christian Horner argued that “the punishment doesn’t fit the crime” in an interview with British broadcaster Channel 4 – although as well as stressing the consequences he did also say that the penalty “doesn’t fit with the move that he made”. 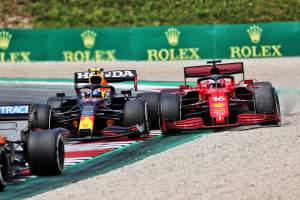 But Masi said that he agreed with the 10-second penalty and that “the consequences for injury” and the offence itself should be considered as separate scenarios.

“If you look at it on that basis, you’ll never find a penalty that would address an imbalance like that,” said Masi when asked by The Race about the problem of the punishment not redressing the impact on a rival in the case of an incident.

“So that’s why, going back a few years, the teams, which was team principals, made a very clear distinction that they did not want consequence taken into the account.

“They wanted to base on the incident itself. So I completely understand their perspective. And I think that’s a generally held view across all stewarding to not look at consequences for that exact purpose.”

Verstappen being helped out his car

The race has been red flagged 🚩#BritishGP 🇬🇧 #F1 pic.twitter.com/eXof6ttdob

Masi was then asked by The Race if Horner was included in those team principals who’d held that view, to which he replied: “Correct. Absolutely”.

The report of the stewards’, one of which was former Benetton and Scuderia Italia F1 racer Emanuele Pirro, said that Hamilton being “on a line that did not reach the apex of the corner, with room available to the inside” played a key role in the decision to find him predominantly at fault.

When asked what Hamilton could have done to avoid the penalty, Masi suggested that had he held a tighter line – as he did when overtaking Ferrari’s Charles Leclerc later in the race – it might have made a difference. 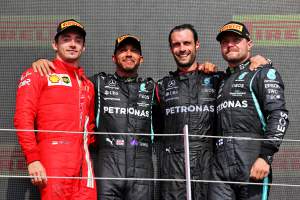 “I don’t know that they express a view on what he should have done, but their view was that he was predominantly to blame for that,” said Masi.

“The big part was similar to what happened with Charles later on, that he could have tucked in closer to the apex.

“He could have tucked in further, and that may have changed the outcome, but we don’t know, we judge it on the incident itself.”

During the broadcast of the race a number of communications between the Mercedes and Red Bull pitwalls and Masi were played. 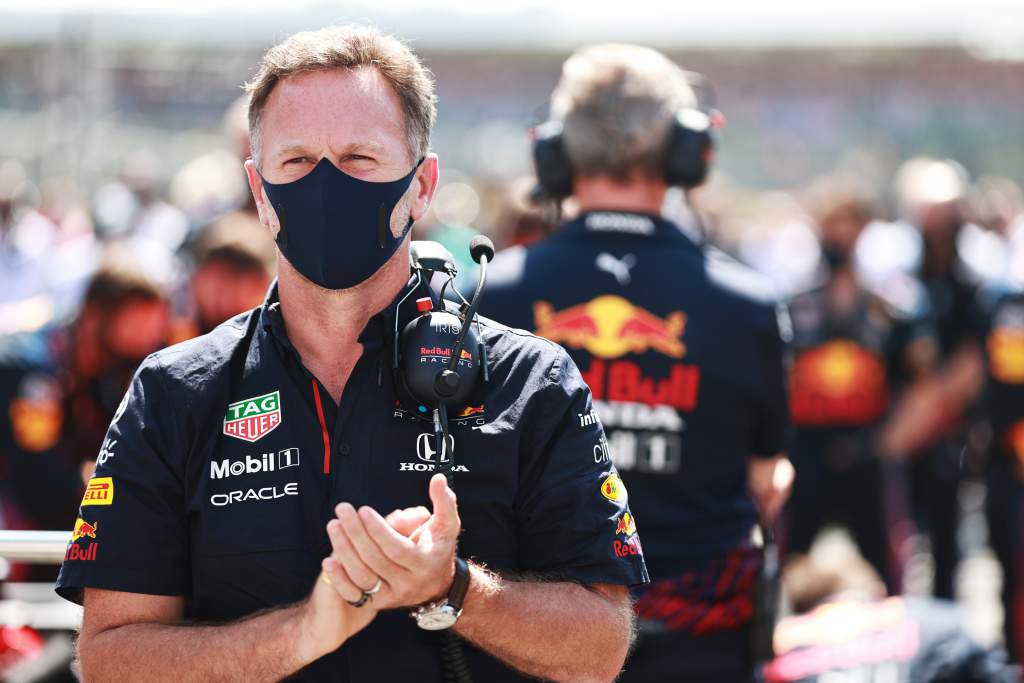 They included this message from Horner to Masi: “That corner, he was never anywhere near alongside. Every driver that’s driven at this circuit knows you do not stick a wheel up the inside of Copse. That’s an enormous accident and it was 100% Max’s corner.

“So as far as I’m concerned, full blame lays on Hamilton, who should never have been in that position. So you could have had a massive accident. Thank God he’s walked away unscathed. So I hope you’re going to deal with it appropriately.”

Viewers also heard Mercedes team boss Toto Wolff saying “Michael, I just sent you an email with the diagrams where the car should be” but being rebuffed by Masi saying “Toto, I don’t access my emails during the race deliberately as I concentrate on the race.” 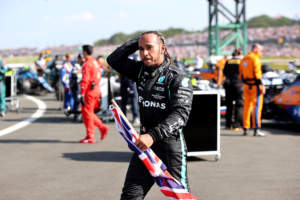 Despite the pressure being put on him, Masi said he had no problem with the way the teams communicated and felt no frustration.

“No, no frustration,” he said of the way the teams were effectively lobbying him during the race stoppage.

“Obviously, that’s part of what they do, it comes about in various waves depending on what it is. Everyone’s looking after their own little patch of turf, but you’d expect [that].

“From my perspective, I treat them all equally and try to balance out what we’ve got to do and set certain priorities within your own mind, what you’ve got before you, and you need to prioritise accordingly.

“There was a couple of times there, be it with Mercedes-Benz or with Red Bull, where I said ‘just hang five, and I’ll get back to you’, which happened earlier, which you probably didn’t hear. You only heard the one that was broadcast.”

5 mins ago No Comments