How the $1.3million race towards IndyCar is shaping up - The Race
Skip to content
IndyCar

19 hours ago
By Jack Benyon
No Comments

With $1.3million – or three IndyCar races – on the line, and what feels like its first three-team battle for the title in some time, there are so many reasons to get on board and watch Indy Lights this year.

Sure, it’s only a 13 car field, but it only takes two to have a title battle and arguably eight of the field are still in championship contention, even if only three drivers have won from six races so far.

International viewers have been watching the series with The Race’s YouTube channel this year, and you only have to watch the finish below from Indianapolis last time out to get an idea of what to expect.

With Andretti Autosport winning the last two titles, and Juncos battling for the last Indy Lights title in 2019 with now IndyCar race winner Rinus VeeKay, a new contender is on the scene this year in the shape of HMD Motorsports.

Its drivers David Malukas (three wins), and Linus Lundqvist (two wins) under the Global Racing Group with HMD banner, have starred in 2021, winning five of the six races in this new Indy Lights era.

Unlike the aeroscreen in IndyCar, the addition of a halo this year hasn’t impacted teams’ set-ups too much and track records have still been broken along the course of the start of the season thanks to the frantic competition.

Perhaps Lundqvist (pictured below) is the real standout so far as Malukas is in his second year of racing in Indy Lights, while Lundqvist is a rookie in the series this year having won last year’s Formula Regional Americas title – earning a scholarship for Indy Lights through Honda Performance Development. 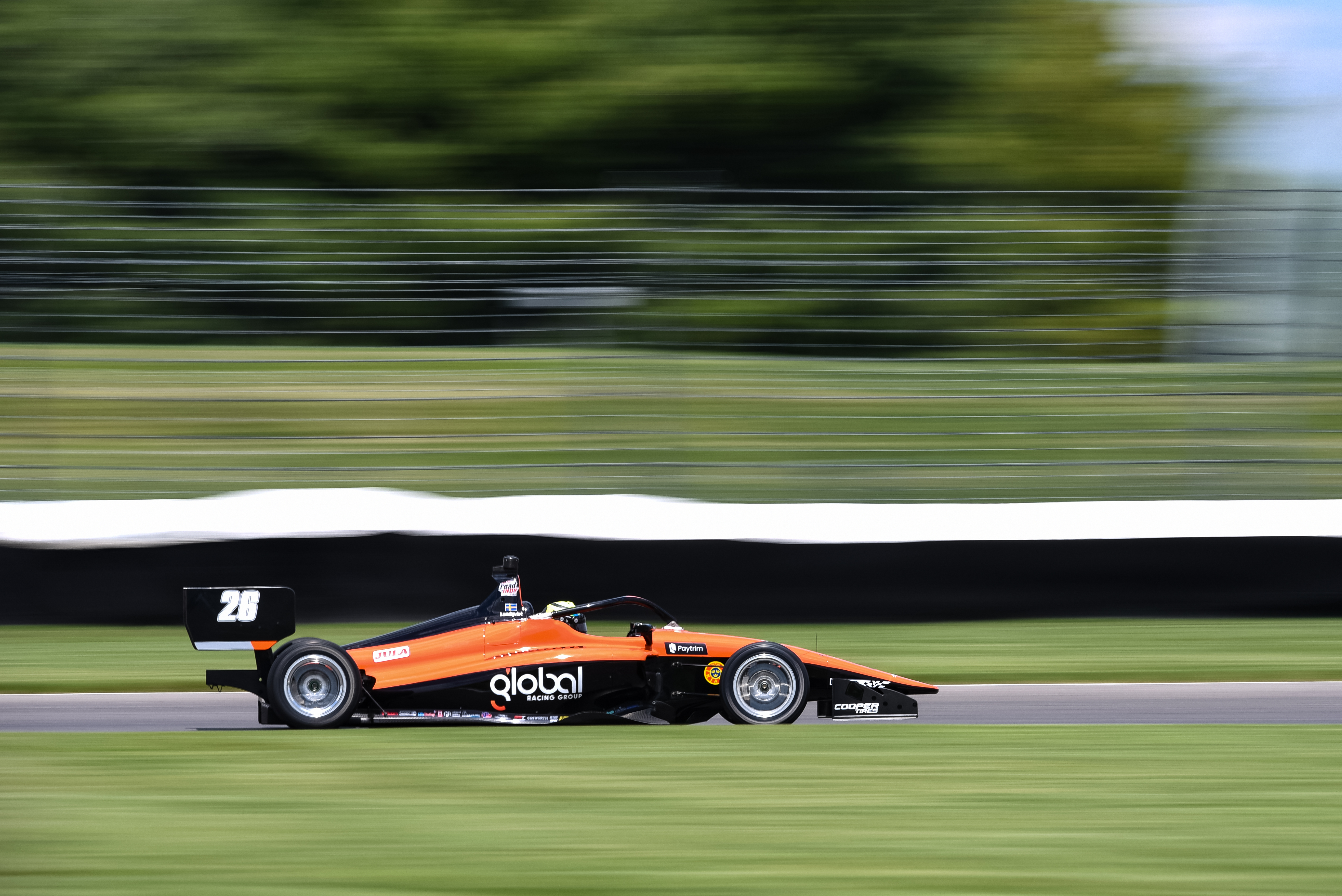 Even though Malukas is a returnee, he’s coped with a rapid team-mate and thirsty opposition brilliantly under pressure. He was taken out from pole in the first race at Barber by an over-optimistic Kirkwood at Turn 1 on lap one, but Malukas didn’t throw his toys out of the pram and bounced back to win race two. He has all the hallmarks of a champion and Lundqvist will need all of his natural pace to overcome him. 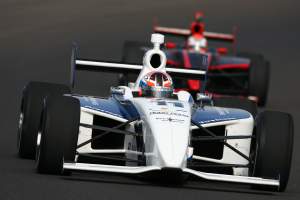 The fact that 19-year-old Malukas has won a race at each of the three very different venues on the calendar certainly means he’s here as much on merit as any advantage gained via his experience.

As much as a surprise HMD’s dominant form has been, Andretti’s struggles have been just as shocking. Kirkwood could become the first driver to win all three Road to Indy titles in a row and has tested in Formula E and raced sportscars too, but that incident with Malukas at Barber has set the tone for his 2021 campaign.

That being said, a resounding win at St Petersburg showed this rookie has the talent to compete, he and his team just have to avoid errors and focus on the consistency which has come so easily for the HMD group this year.

Juncos has junior single-seater veteran Toby Sowery (pictured below) in fourth place, which keeps it in the battle even if 2020 Indy Pro 2000 champion Sting Ray Robb has struggled to make an impact. 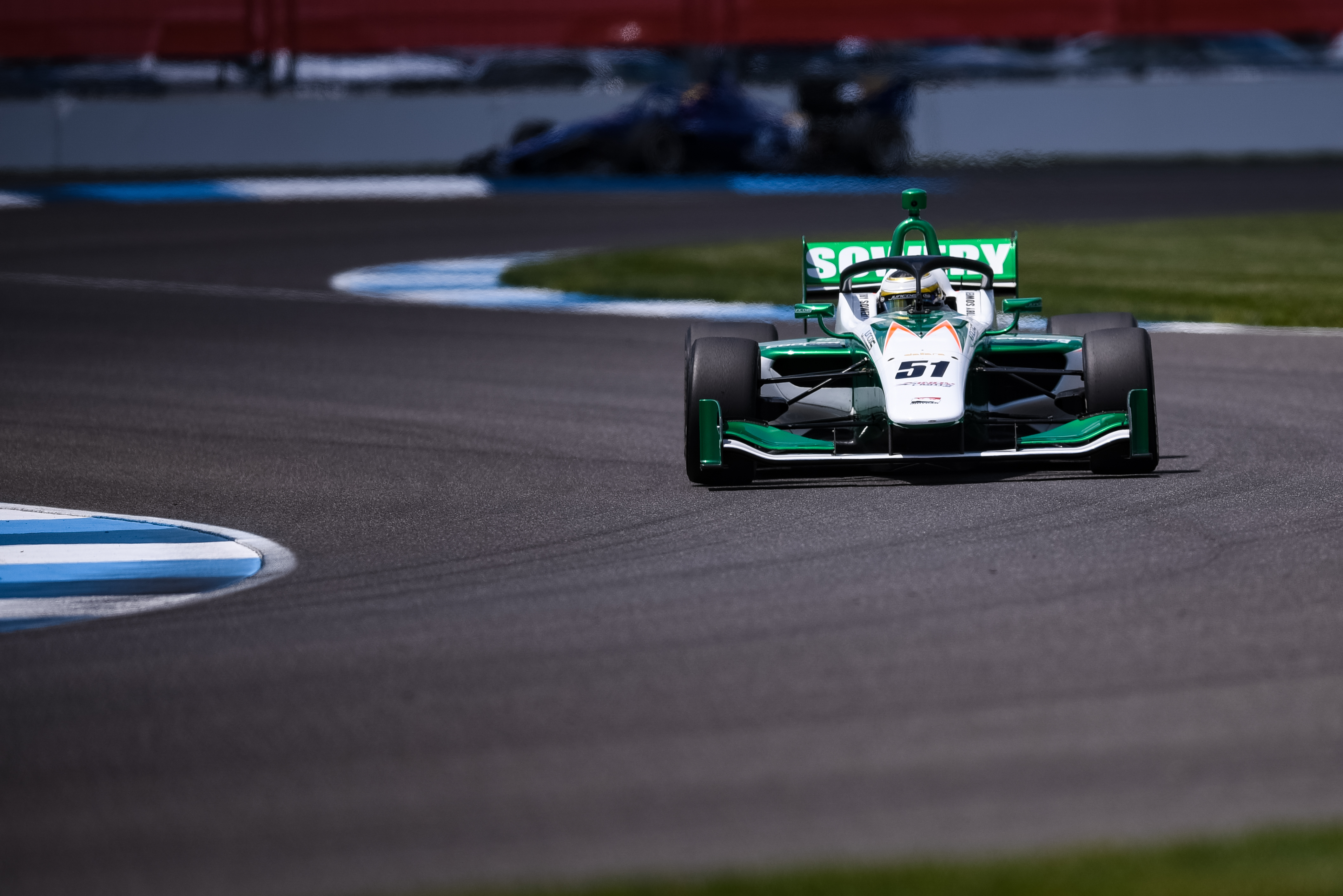 Juncos is yet to win a race, as is Carlin on its return to the championship – which was a big pre-season storyline.

It finished in the top three in its only previous entries from 2015-17, including a title win with Ed Jones in 2016, but a return with FIA F3 regular Alex Peroni has yet to yield big returns in his first season Stateside.

The series returns to Detroit this weekend for the first time since 2012 – and only its second visit in 21 years – so the lack of track familiarity for teams is going to be a big equaliser and a huge opportunity for the rookies in the series to fight on a level playing field.

Remainder of the Indy Lights calendar

It is a disappointment that the Freedom 100 – the oval race which has been famous for close finishes – was dropped from the calendar to give IndyCar/IMS more freedom with Indianapolis 500 scheduling, but the finish at the road course race earlier in the month and the addition of an exciting wildcard in Detroit at least go some way to making up for it.

Kirkwood’s prowess on street courses as shown by St Pete could well be key to getting his championship back on track, but just like IndyCar, such is the competition that picking favourites is an exercise akin to predicting next year’s weather. 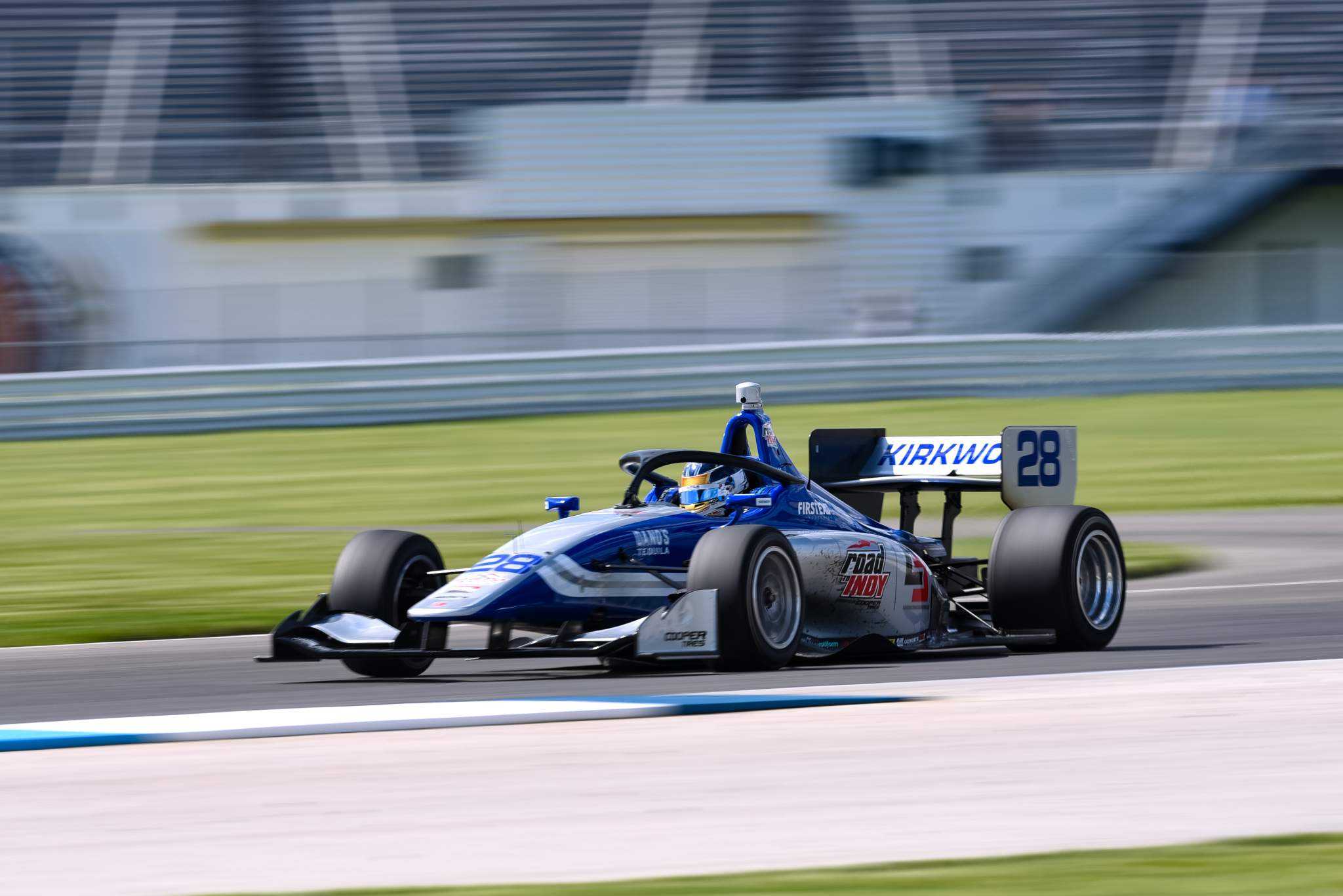 The top three in this year’s championship will get a chance to impress with an IndyCar test at the end of the year, so it’s not just the champion getting a big prize in 2021.

It’s a testament to the series that the competition is so close, as even though Indy Lights didn’t run in 2020 due to the pandemic – which caused a scholarship log jam as the other two Road to Indy series continued, promoting drivers – it honoured all of those scholarships by graduating both Kirkwood and Robb to Indy Lights.

It’s that level of commitment that makes European racers thirsty for a similar ladder across the pond where aspiring F1 drivers have to spend millions to graduate, often in uncompetitive machinery where it’s hard to forge a path forwards.

Instead, Indy Lights is reaping the rewards of its system, and the battles this year have already been fierce. There’s surely more where that came from.

This weekend’s Detroit Indy Lights double-header, along with the remainder of this season’s events, are available on The Race’s YouTube channel.
Thank you for your feedback!

Arrow McLaren SP is in a very strong IndyCar championship position with Pato O'Ward, yet its form is either brilliant or awful with little middle ground. And that's a longer-term concern