The 2022 MotoGP silly season is reaching crunch time, with a number of key decisions that will shape the grid for next season set to be taken in the coming days.

The first loose end has already been tied up on Tuesday morning, with Brad Binder signing a three-year extension with KTM, which will see him remain with the Austrian manufacturer until at least 2024.

The next announcement could be the status of Valentino Rossi’s VR46 team for next year, as it should finally confirm this coming week that it will use Ducati machinery for its two-man team next year.

That secures one seat for current rider Luca Marini and opens up a second for the team’s Moto2 frontrunner Marco Bezzecchi, who has been widely acknowledged as a future MotoGP star for some time. 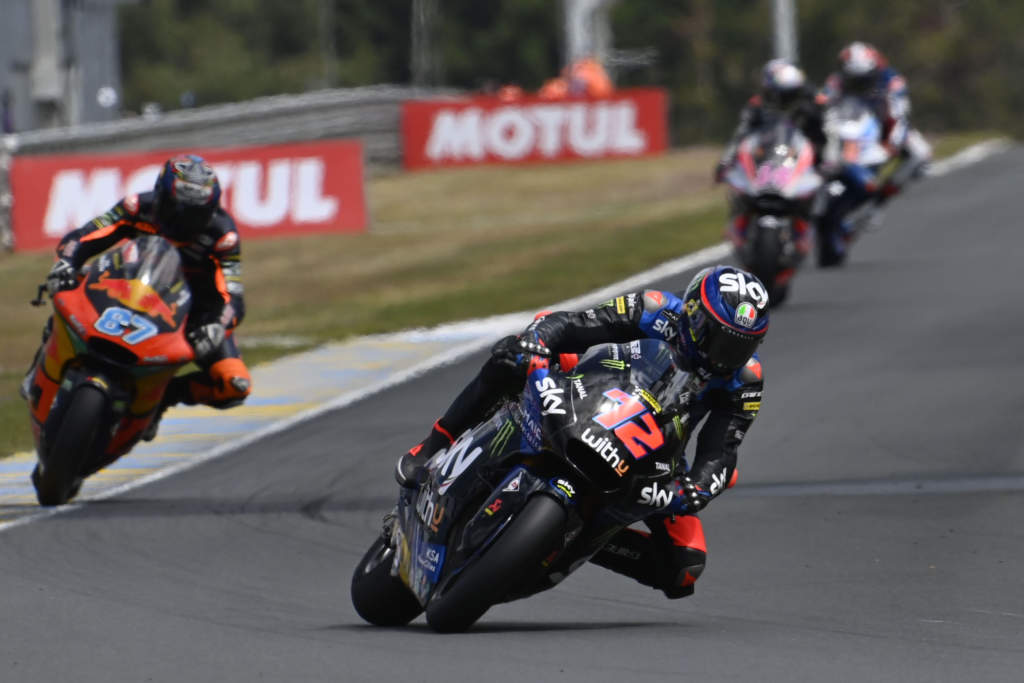 Ducati will also officially tie up another loose end in the week ahead of the Catalan Grand Prix by confirming that it has taken up the year-two option of Pramac Racing’s Johann Zarco’s contract – news that comes as no surprise after a strong start to 2021 for the three-time podium finisher.

However, it’s the third piece of Ducati news that potentially has a bigger effect on the rest of the grid, as Gresini Racing looks set to confirm that it will eschew an offer from current partners Aprilia and instead elect to use the Bologna manufacturer’s machinery as it returns to true independent team status.

Expanding the MotoGP grid to 24 bikes and Ducati’s involvement to eight machines, it solves a headache for the manufacturer by allowing it to place reigning Moto2 world champion Enea Bastianini (already contracted to Ducati for next year) with the team alongside Gresini’s current Moto2 race winner Fabio Di Giannantonio, who already has a deal in place. 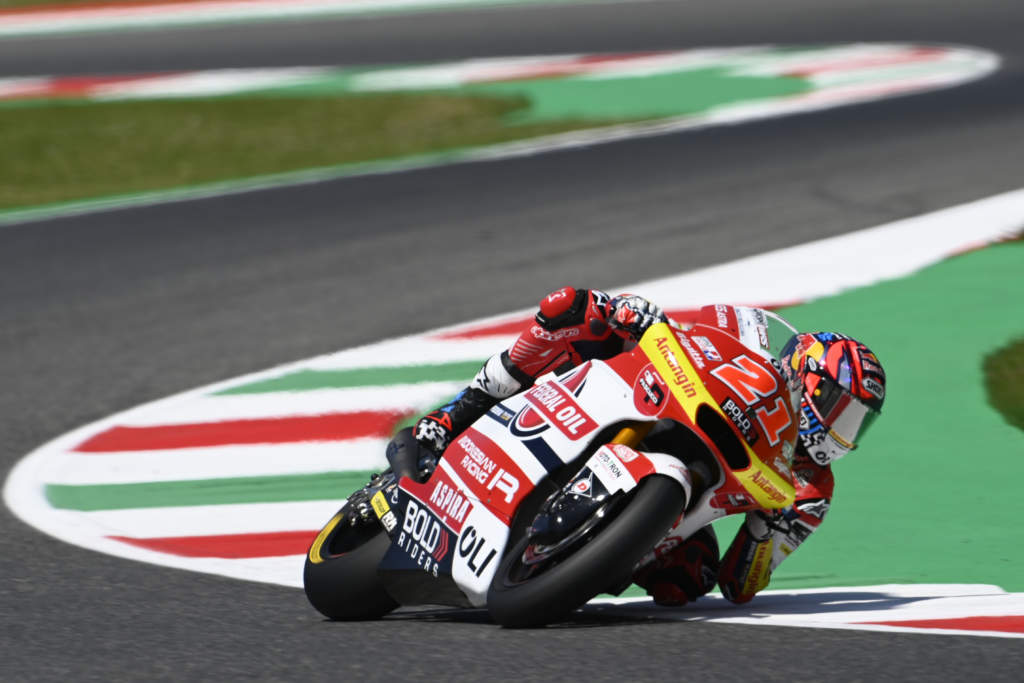 The consequences of Gresini Racing opting to go with Ducati are relatively clear for Aprilia, which will now be putting newly-signed test rider Andrea Doviziozo under considerable pressure to state his plans for 2022.

With Dovizioso a naturally cautious character who won’t rush into a decision until he’s ready to fully commit, his three tests so far for Aprilia clearly haven’t been enough to sway him one way or another. But, with an extensive testing program planned for the coming weeks now that he has been confirmed as Aprilia’s official test rider for the remainder of the year, the Noale brand is pushing him to make a decision.

That’s because Aprilia is worried about the repercussions of once again leaving it too late to find a competitive rider to replace Lorenzo Savadori next season. It’s been apparent since the start of the season that Savadori – promoted from relatively green test rider to MotoGP regular – presented a stop-gap measure for Aprilia. 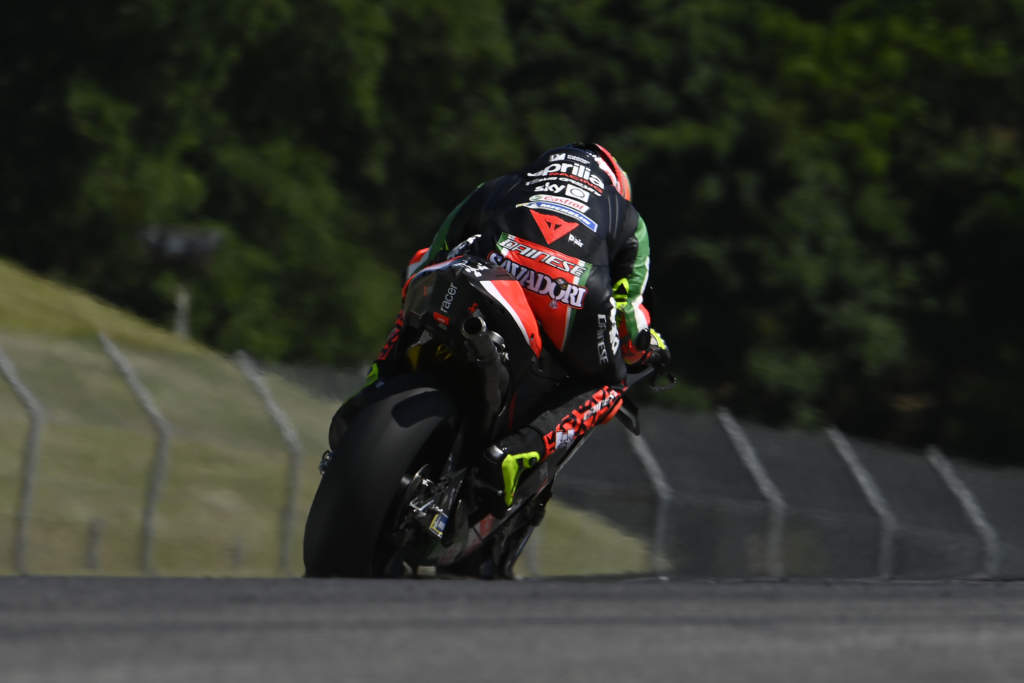 Should Dovizoso elect to not race for Aprilia next year (effectively turning his one-year sabbatical into retirement from racing in the process), then its number one target will once again be American Moto2 racer Joe Roberts.

Carrying the correct passport and potentially offering big inroads into the valuable North American market for Aprilia and parent company Piaggio, Roberts was approached for 2021 but rejected the offer. The rapidly-improved RS-GP machine should help sway him at the second time of asking.

Things are perhaps the most straightforward in the KTM camp, where there looks set to be at least one change and perhaps two at the satellite Tech3 team. Iker Lecuona looks all but confirmed to now lose his seat there, set to be replaced by Moto2 frontrunner Remy Gardner.

The Australian has publicly confirmed that he has a MotoGP option in his contract for next year, and it seems that Austrian management will exercise that option in favour of him over the Spaniard. 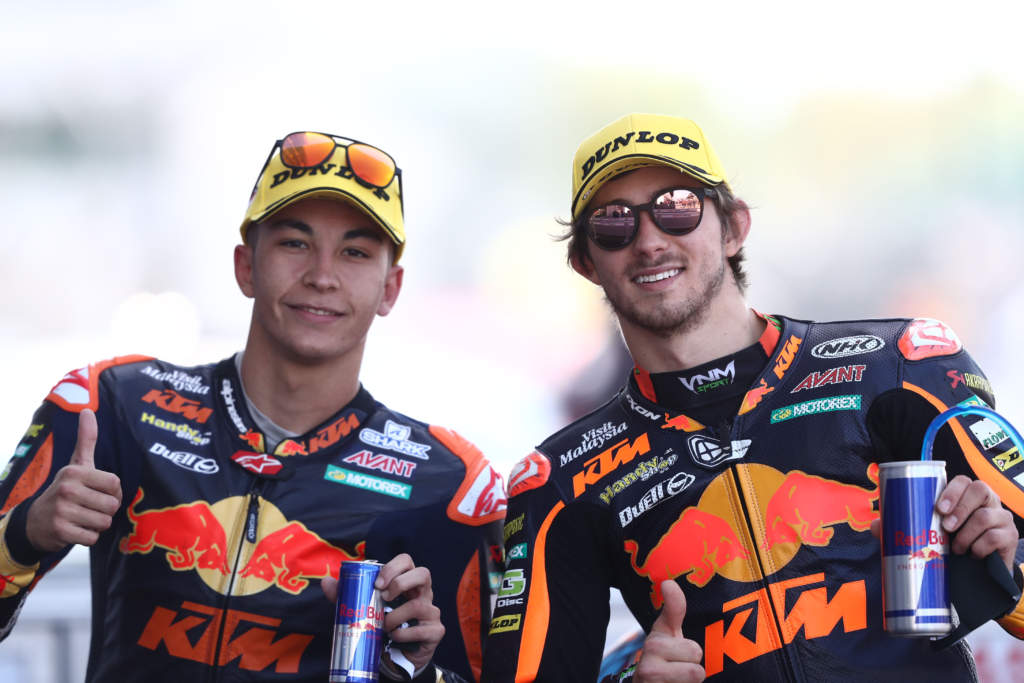 On the other side of the box, Danilo Petrucci has been put on final notice that it’s time to start finding improvements should he wish to retain his seat. On a one-year contract with an option in KTM’s favour for 2022 that was set to expire this weekend, The Race’s sources say that despite his fifth place in the wet last time out at Le Mans he has been given only a few races to match the recent improvement in form shown by factory riders Miguel Oliveira and the newly-signed Brad Binder.

The fact that he wasn’t offered the new frame or race fuel credited by the factory team for their rapid improvement suggests that KTM has already considered their options for the future though – and that they spell bad news for the Italian.

If he fails to do so, then he will be shuffled out of the team to make room for Moto2 sensation Raul Fernandez, who has started off his season in the middleweight class exceptionally well and is hotly tipped to be a future star.

Fernandez is an understandable target for multiple manufacturers despite most other teams now having full line-ups for next year, but it’s believed that a rather airtight contract directly with KTM will ensure that – unless there’s a significant amount of cash made available to buy him out – he will end up as a KTM MotoGP rider in 2023 if not before.