With news in the past few weeks that the 2021 MotoGP calendar has once again morphed thanks to the coronavirus pandemic, we’re again going into the second half of the season with a series of races very different from what was originally planned.

And there are going to be consequences on the championship table.

Three races are now confirmed as being gone, as Phillip Island, Motegi and Buriram disappear from the calendar for the second successive season. Sepang is also in doubt. 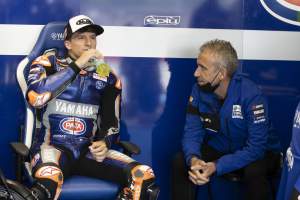 Arguably the biggest loser from the absence of Australia isn’t any particular team or rider, though – it’s the fans of the sport.

A track that generally generates exceptional racing in one of the most scenic locations of the year, Phillip Island be sorely missed by everyone.

Yet it feels like more of a lost chance for Suzuki than anyone else, as reigning champion Joan Mir would have gone there with a clear eye on the top spot at a critical time in the championship race.

The radically improved GSX-RR that took him to title success last season is a bike that is perhaps made for the fast and flowing nature of the seaside track – and with the Spaniard adamant that he’s kicking off his title defence proper once the season restarts after the summer break, it’s a valuable opportunity missed. 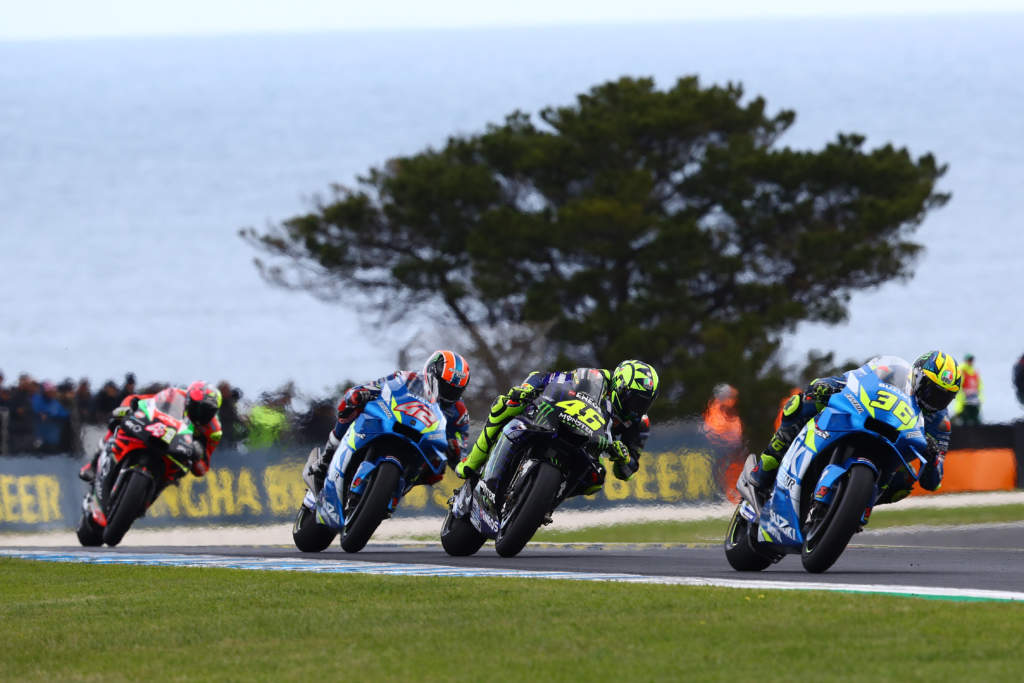 Of course, given the traditional strength of Yamaha at Phillip Island and the current run of form that title leader Fabio Quartararo is enjoying, it might not have been as clear cut as just assuming that Suzuki would have taken the top spots or that it would have played into its title defence plans.

It might be something of a relief for some of Yamaha’s other title rivals though, even if it is bittersweet for local hero Jack Miller. Phillip Island never been a circuit particularly well-suited to the Ducati, and the Bologna bikes haven’t won there since the dominant days of Casey Stoner, meaning that Miller’s, Pecco Bagnaia’s, and Johann Zarco’s own end-of-year ambitions will have been helped by the news – even if it means no home race for Miller.

The loss of the Japanese Grand Prix at Motegi is a harder one to call for one side or another, given that it’s a track where the weather can play as important a role as anything else. Traditionally wet thanks to its October date well into Japanese autumn, it’s literally Honda’s home soil – Honda owns the track – but given what we’re currently seeing from its riders it likely wouldn’t have been a happy hunting ground unless there was a radical improvement before then. 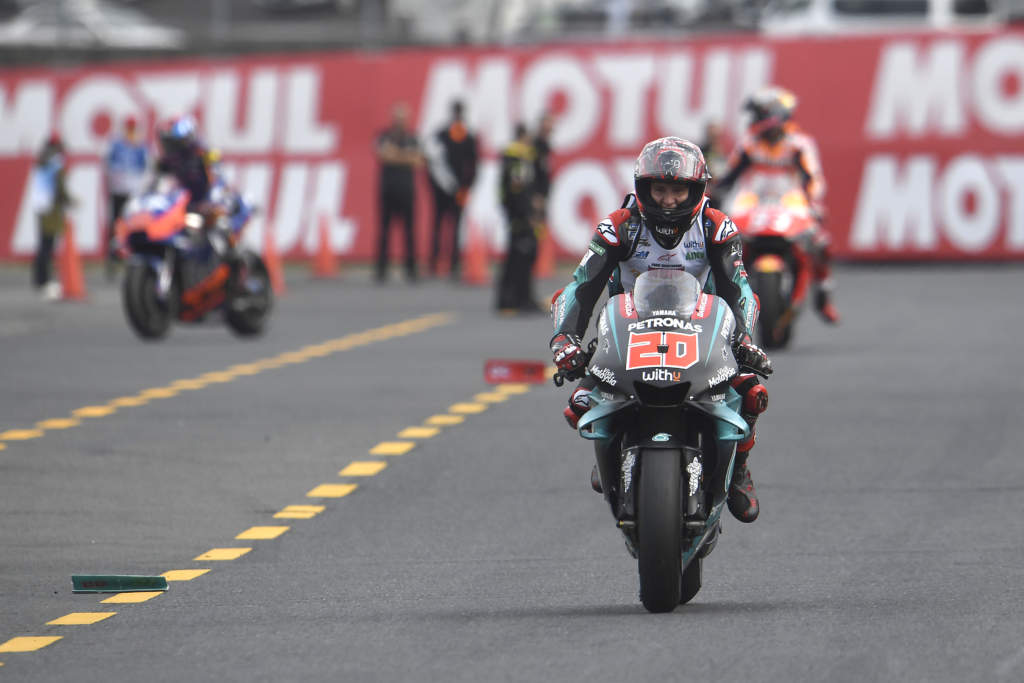 Instead, it could have been another Quartararo target had the weather stayed dry, potentially with a Suzuki hot on his heels – but a wet race weekend would have meant an almost certain display of Ducati domination, with Miller in particular in the hunt for victory at a key time of the year.

With those races gone, we’ll instead head first of all to Texas – and it’s not hard to imagine the sigh of relief issued by Marc Marquez when he heard that news.

He has dominated at the Circuit of the Americas since it was first introduced to the calendar, winning his first-ever race there in only his second MotoGP ride back in 2013. 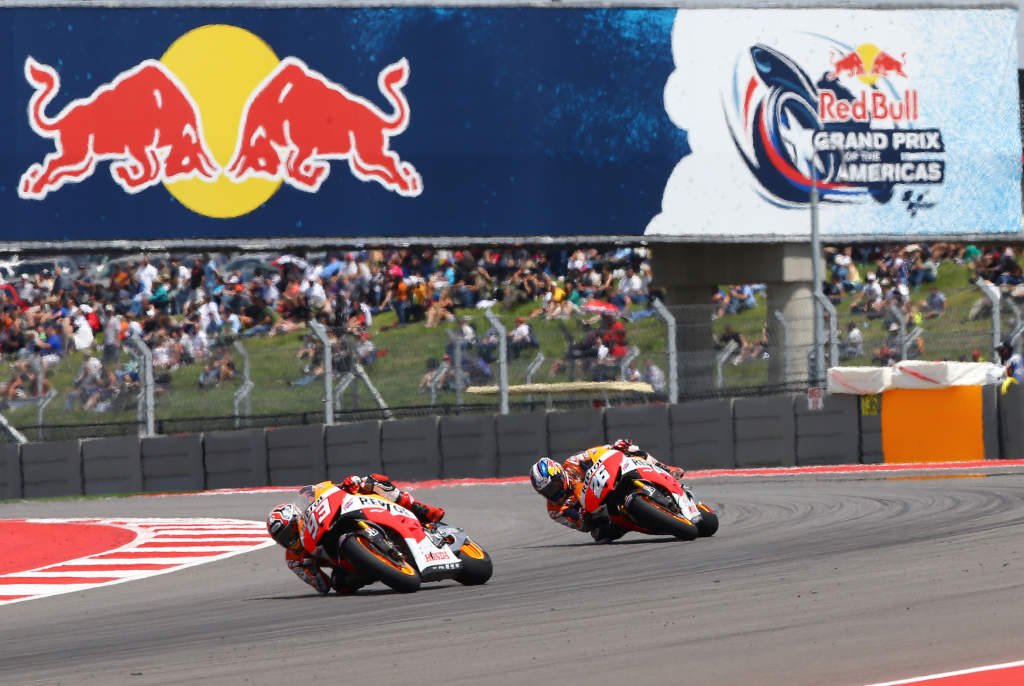 Since then the only rider to have beaten Marquez at Austin is himself, when he fell off in 2019 while in front. 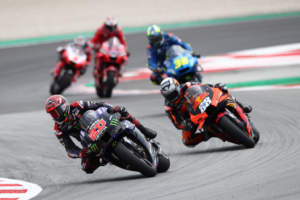 The Honda man showed at the Sachsenring last month that while he might not yet be back to full fitness, if he can turn up to a venue where he knows he’s dominant there’s enough in the tank to win – and the trip to the USA will be one that he’s looking forward to for the rest of the season.

There’s probably a similar feeling in the KTM camp about a second race of the season at Portugal’s Portimao track, too. A runaway win for Miguel Oliveira in 2020 was followed by an utter disaster in the series’ first visit of the year there earlier in 2021, but KTM has since addressed the issues that led to a crash out of the top 15 only months after the local hero led from start to finish.

Since bringing a new chassis to cope with a change in Michelin’s tyres, the KTMs have burst back into life and Oliveira has looked like a new man. And a second race of the year on the Algarve coast means he’s got to be eyeing a chance to again win at home. 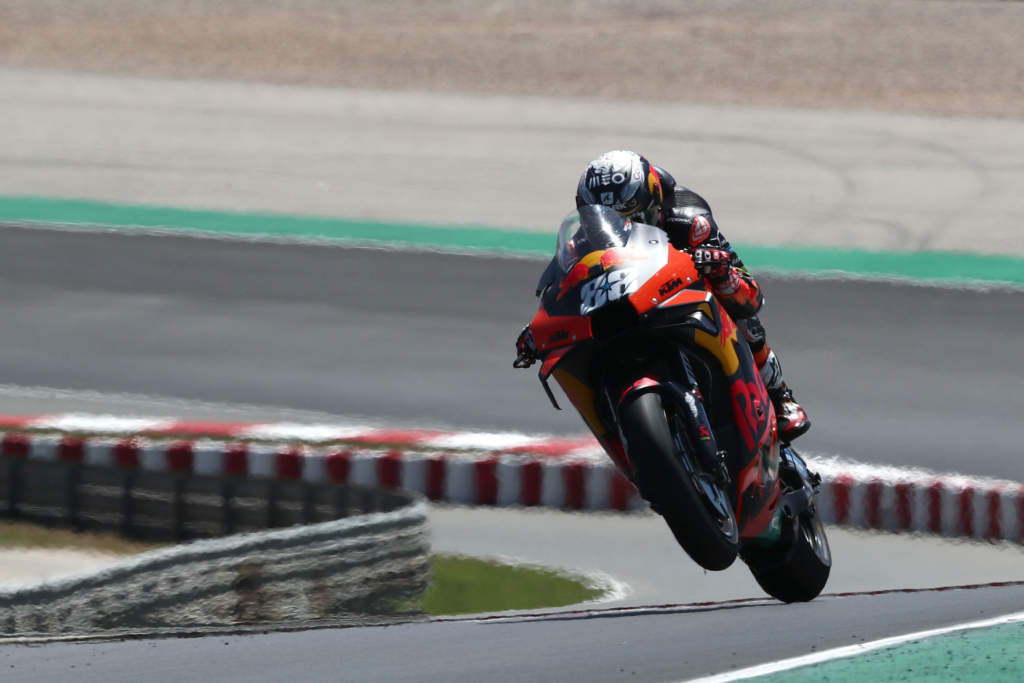 Thailand – a track where current points leader Quartararo starred in his first MotoGP appearance in 2019, although was ultimately beaten by Marquez – was officially shelved a few days on from Phillip Island and Motegi. A replacement is “under consideration”.

Malaysia remains on the calendar, but it is currently slipping backwards into a rather dark place instead of making progress out when it comes to the COVID situation.

A second COTA race has been mooted as a potential bit of calendar filler – more joy for Marquez – but it’s also possible there won’t be any replacements, at least overseas. The series needs a three-month lead time to add a new race, so any proposed change would have to be confirmed very shortly – and we could be facing a shortened season once again.

There is a reserve calendar option in Indonesia in the form of the new Mandalika track – but despite the track’s keen protestations, it’s unlikely we’re going to see any action there in the immediate future. There were claims recently that construction is 80% complete, but that’s true only of the actual racing surface, with construction yet to begin on any of the associated infrastructure.

CURRENT MOTOGP SCHEDULE FOR REST OF 2021

28 mins ago Formula 1 No Comments