Maverick Vinales parting ways with the factory Yamaha MotoGP team for next season opens up a space at one of the championship’s top teams: a space that, arguably, should have already been free at the start of the 2021 season, never mind waiting until the end of the year.

Vinales’ performances at Yamaha have essentially been stagnant since he joined the team in 2017, when a remarkable run of form in testing and his first races on the M1 (topping all of the pre-season and winning three of the opening five rounds) quickly turned into the pattern we’ve since come to expect. 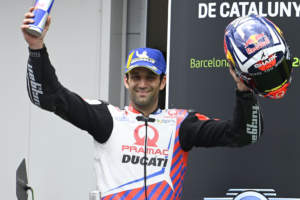 The lessons Vinales can take from Zarco’s redemption
Read more

It’s been nothing but inconsistency since then, with every incredible race-winning ride backed up by a weekend where he doesn’t even bother to turn up in performance terms.

Given that, even Vinales himself admitted at the final race before the summer break that he was surprised that Yamaha had even offered him an extension for 2021 and 2022 before the 2020 season had even kicked off.

Which begs the question: who would have ended up on the bike had he not, and what impact would that have had on the rest of the MotoGP grid?

Well, we’ve got some idea right now of who Yamaha would have gone chasing to replace him, hinted at by its interest in poaching KTM’s breakout star of the past 12 months, Miguel Oliveira.

The Portuguese rider recently admitted that a tentative offer had come his way from Yamaha, and that he had politely rejected it, tied as he is into another year of his current works KTM contract.

However, it’s worth exploring what that Yamaha team would have looked like, had it managed to link up Fabio Quartararo with Oliveira for next season, in a roster that could have had all the hallmarks of success about it. 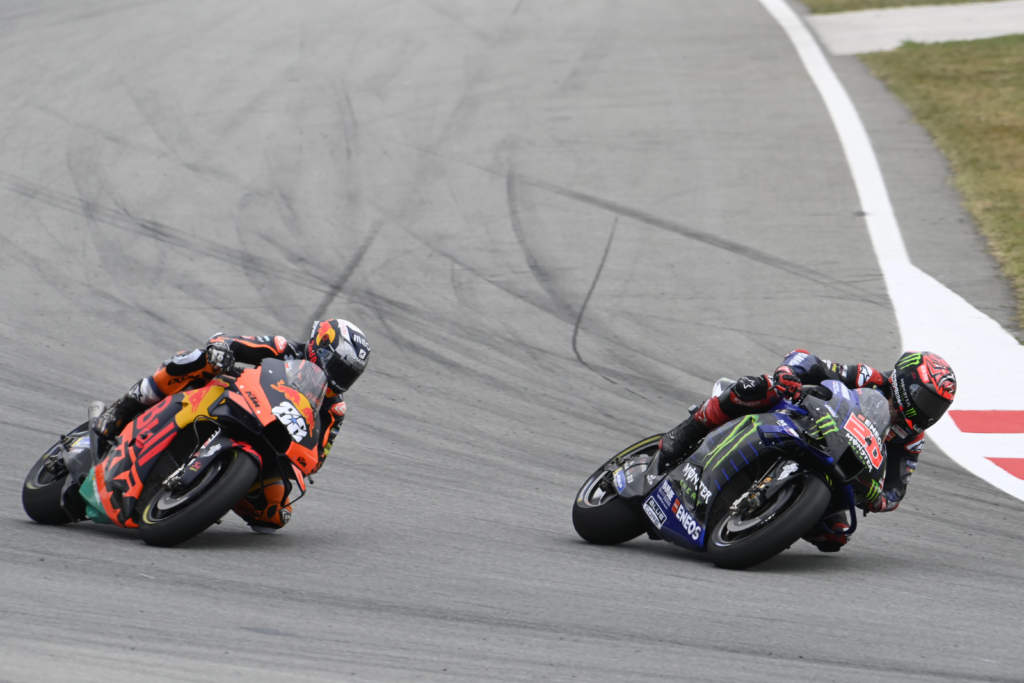 The KTM RC16 takes a particular riding style, needing riders to be aggressive enough to make the front end of the bike work while still being smooth enough to conserve energy for the whole race distance without falling into Honda’s trap of burning out.

It’s not necessarily one that begs for direct comparison with the Yamaha – but given that Oliveira does know how to be smooth as a result, it’s unlikely it would have been a difficult transition.

After all, this is the guy who only one season into his MotoGP career was winning both last-corner battles and breaking away to an utterly dominant victory last year.

He showed more at Portimao last year and Mugello this year than he did with his maiden win at the Red Bull Ring in terms of proving he knows how to ride smoothly, and that would have undoubtedly translated well.

He’d have fitted well into the factory Yamaha garage, too. A very intelligent (and sometimes bitingly sarcastic) figure, he gave us plenty of demonstrations while at KTM satellite squad Tech3 of his abilities to manage a squadmate, as he both baited and beat factory rider Pol Espargaro. 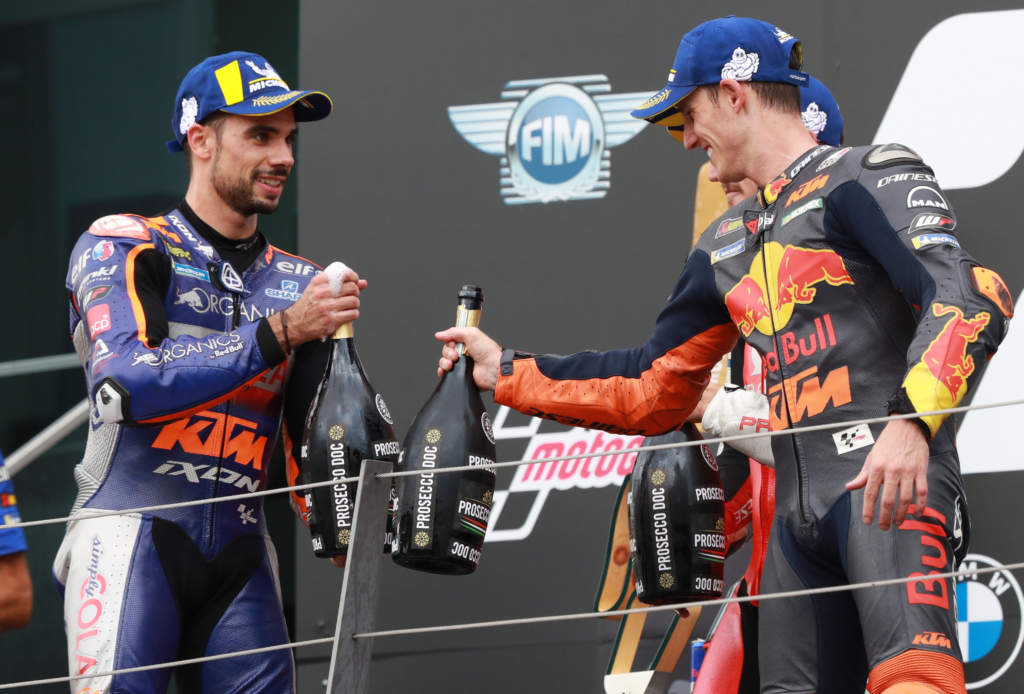 Never quite going too far in his criticisms or his congratulations of the more experienced Spaniard, Oliveira plays a smart game, and it’s one that would match well with the youthful exuberance of Quartararo on the other side of the box; a rider who definitely wears his heart on his sleeve.

Oliveira has also got serious development kudos too, showcased in his fine work in helping turn KTM’s bike into a regular race winner – in his hands. The Yamaha has less margin to find the missing time it needs than KTM, chasing hundredths of seconds not tenths – but it’s easy to imagine Oliveira helping it make further inroads.

Had the hypothetical happened, Yamaha’s gain wouldn’t even have necessarily been KTM’s loss either given that the Austrian manufacturer has something of a stacked deck of cards and not enough places to fit all of its contracted riders. 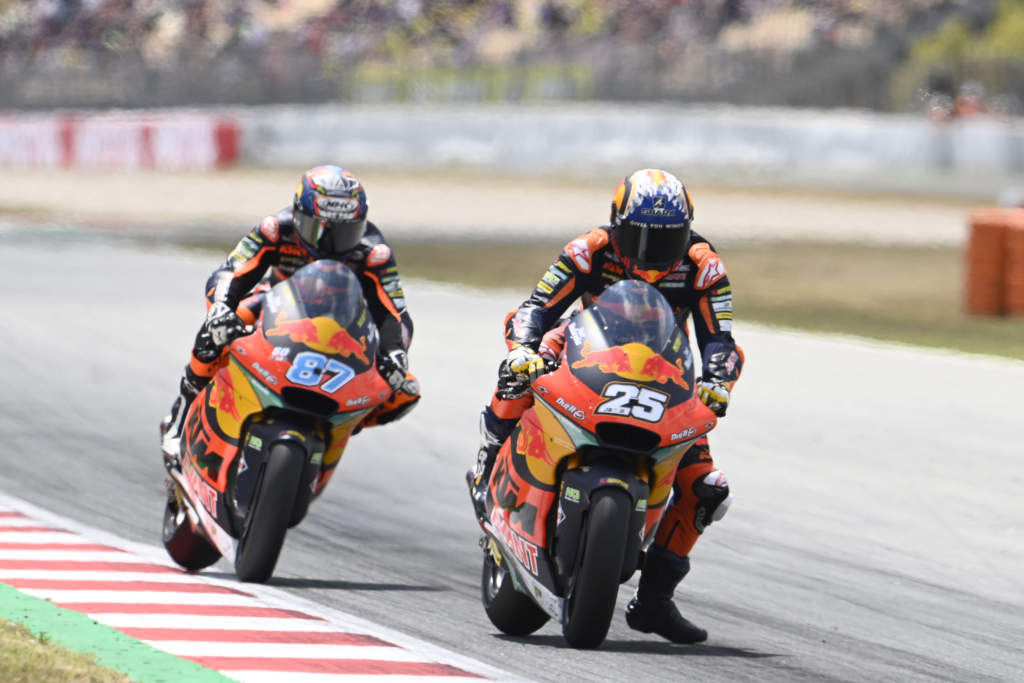 It’s easy to see a situation where a young hotshot like Raul Fernandez or Moto2 championship leader Remy Gardner was parachuted straight into the factory team; after all, it’s something that KTM did only a few years ago with Olivera’s team-mate Brad Binder, when Johann Zarco walked away mid-contract.

That in turn would potentially have saved the day for one of the current Tech3 line-up of Iker Lecuona and Danilo Petrucci.

With both questioning their futures as KTM and Fernandez debate whether his immediate future is in Moto2 or MotoGP, it’s hard to imagine a scenario where Oliveira’s departure wouldn’t have immediately resulted in at least one of them being retained. 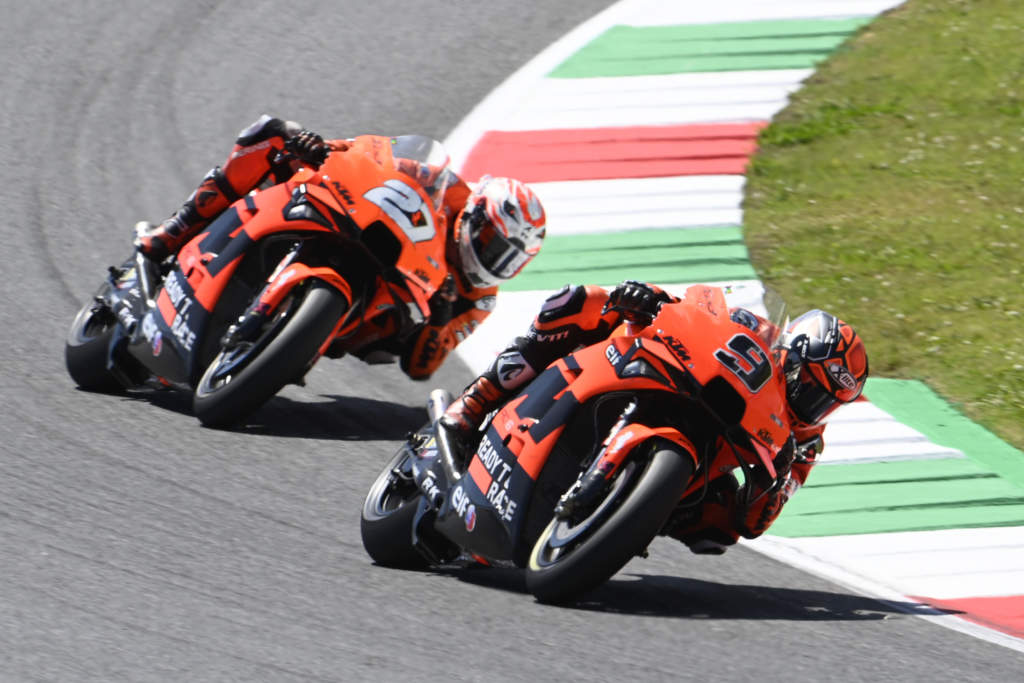 In fact, had Oliveira found a way out of his KTM contract, the biggest loser of the whole situation would have, once again, been satellite Yamaha rider Franco Morbidelli.

Second in the championship last year, he’s the obvious answer to replace Vinales now – but it’s yet another kick in the teeth to the Italian that Yamaha still seemingly went shopping around before offering him the chance to step up.

8 mins ago Formula 1 No Comments

35 mins ago Formula 1 No Comments