MotoGP’s three podium finishers in today’s Catalan Grand Prix are unanimous in their belief that Fabio Quartararo should have been black-flagged from the Barcelona race, after the Frenchman completed the final laps of the event with his leathers open.

The championship leader has been seen removing his chest protector! 😲#CatalanGP 🏁 pic.twitter.com/rAjA9NLmeO

There were calls almost immediately on social media, led by former world champion Casey Stoner, for Quartararo to be stopped for his own safety, with the Frenchman realising his suit was open, removing his chest protector and then being unable to close it again until the slowing down lap.

Whether or not it was @FabioQ20 taking his zipper down on purpose, I believe that should have been a black flag. At this level you can’t be allowed to race at 350km + with your leathers open.

And those calls were immediately echoed in the post-race press conference, with race winner Miguel Oliveira unequivocal in his verdict on the situation.

“In the end it’s always up to race direction to call these kinds of things. It’s true that it’s something that almost never happens, or at least I never remember it happening in the past. We’ve seen bike parts come off, like wings and seats, but that’s it.

“Whenever it’s a rider safety issue it’s up to race direction to make the decision for the rider’s own safety. If it’s clear on TV that he can’t close the suit then for his own safety he should have been black-flagged.” 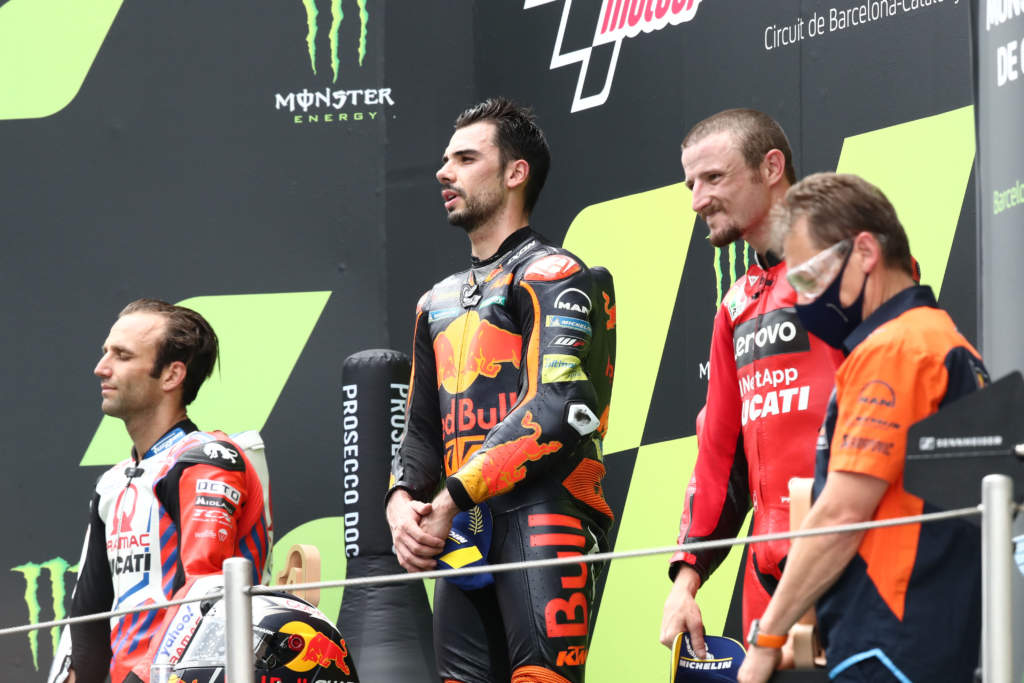 Quartararo’s fellow Frenchman Johann Zarco, who finished the race in second, was in agreement, saying that while the incident didn’t present a risk to other riders, it nonetheless presented a significant one to Quartararo had he crashed in the final laps of the race. 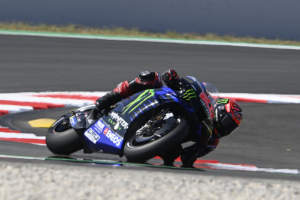 Third-placed Jack Miller was even more emphatic, despite being good friends with Quartararo, by insisting that safety decisions in the heat of the moment should be taken out of the hands of the riders and into those of someone else. 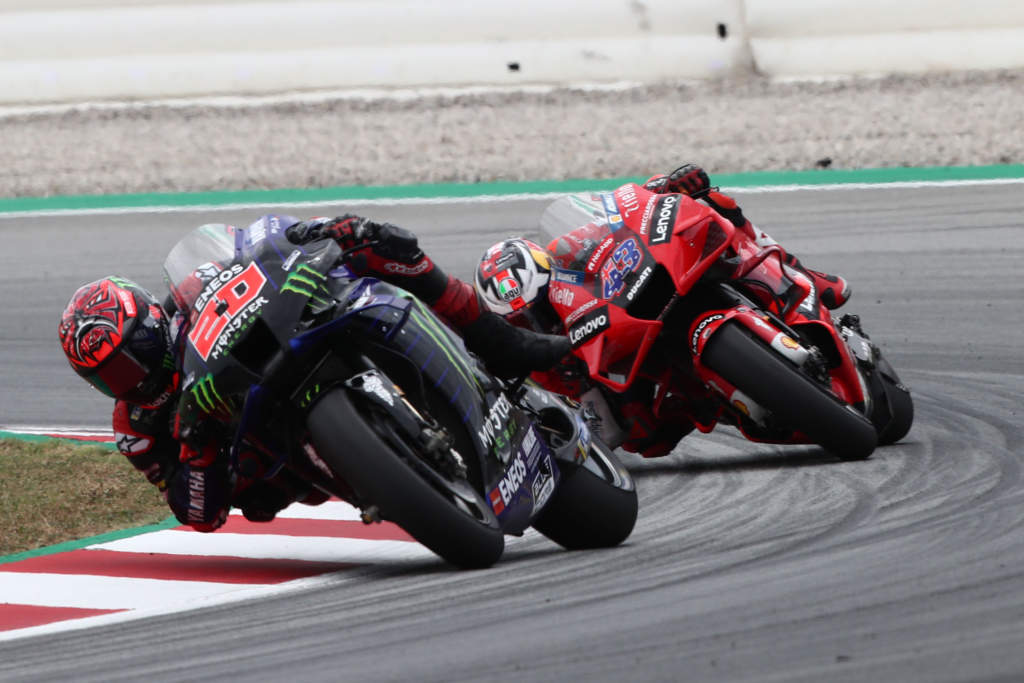 “At the end of the day we’re all racers and if you’ve been eating too many burgers and your suit has burst open,” he joked, “you have to tell us sometimes to stop.

“Sure we’d all be quite angry, because when you’re a rider in that position you’re not thinking about safety or about yourself, you’re thinking about the result and that’s all. Someone needs to be watching it because we can’t be trusted.”

And in fact, most of this evening’s ire was directed not towards the rider but rather towards MotoGP race control for the decision to allow him to continue while onboard shots clearly showed that his leathers were open – a clear breach of MotoGP’s regulations which state that all safety equipment “must be worn, correctly fastened, at all times during on-track activity”.

For his part, Quartararo was adamant that considering it wasn’t a deliberate action, and that he had already been (in his opinion) unfairly punished for short-cutting the first corner later in the race, it didn’t require any further action on the part of race direction.

He ran wide at turn one late in the race as he diced with Miller, using the long-lap loop to return to the track but only losing 0.7 seconds in the process – which (because it was less than one second) triggered an automatic three-second penalty that dropped him from third to fourth.

“Well, I think I already have a penalty that I don’t agree with,” he insisted afterwards, “demoted for three seconds from P3 to P4. But I think this penalty is quite enough. And yeah, at the end, it’s finished, the race is finished, the safety is – okay, we finished the race, everybody’s safe, so that’s it, and I think that right now there’s no point to talk more about these possible things.”

When asked for clarification of the situation and the decision-making logic by The Race in the aftermath, race control refused to comment.

19 hours ago No Comments